Flutter is a hybrid technology, which was published as an open source project by Google back in 2018 (Flutter 1.0)

The general idea behind Flutter is to build the app as a canvas on the device. No device limitations. This also means that Flutter does not only work on a Smartphone, but can also be used on a Desktop.

As a hybrid technology, Flutter automatically gains the cost advantage, when compared with native technologies, that only one code base will be necessary.

Based on my own evaluation, I would argue that Flutter could be a candidate for the quickest hybrid technology in the development phase. (Hot reload without state loss and minimal OS device API integration)

However, since Dart, the programming language of Flutter, is a relatively new language, which not a lot of developers have adopted yet, it is difficult to say if you will be able to save anything on the development cost. Supply and demand of Flutter developers needs to be stable before that can be determined.

Dart is the programming language used to write Flutter applications as well as the language which the Flutter technology is build upon.

It is a programming language, which takes many of the features and principles from other modern programming languages (Java, JavaScript, C# etc.) and implements. This also means that even though a limited amount of developers can put Dart on their CV, it will likely not be the biggest burden to learn. 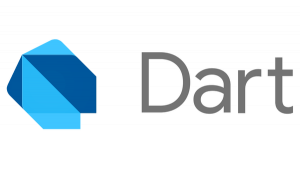 Flutter can be added to native iOS and Android applications, but it will have to be done as an external library. This means that the Flutter project should be created and included in the native project as a compiled library, which can then be implemented into the native application.

This naturally breaks up the development phase and is therefore not the ideal way of developing an application. But if you are already running and managing your two native applications, this might be a way of slowly migrating to one common code base.

Flutter is supported and maintained by Google.

However, Google is not the only tech giant to show an interest in Flutter. The Chinese Alibaba Group has invested resources into developing apps and providing best practices working with the Flutter technology.

Given that Flutter is the youngest of the technologies presented in this article and also the one with the highest adoption rate (see the “Trends” section), I believe that it is only a question of when other major tech companies are going to adopt to Flutter. 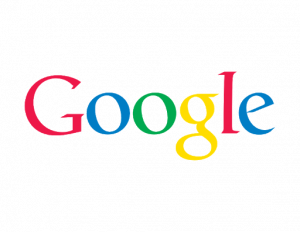 Flutter is open source. The repository can be found here. Additionally, both publicly available Flutter and Dart packages can be found on pub.dev, which is a useful website for any Flutter enthusiast.

Flutter can access native features (e.g. camera, GPS, sensors) through publicly available plugins. This is similar to Xamarin. However, unlike Xamarin, Flutter does not use a bridge to connect with the device’s API. Instead it access the device API from within the Dart device plugins.

Performance achieved by Flutter, is comparable to Android and iOS, since the final app will be compiled as native code.

Flutter comes with hot reloading as one of the core features of the technology.

Flutter’s hot reloading does not require the application to restart nor to lose the state. Remaining in the same state might appear as a small addition to live reloading, but it is going to save many developer hours. Thereby not requiring the developer to navigate through the app to get to the same state as before.

To work with Flutter it is necessary to download both Flutter SDK as well as the Android and/or iOS SDK dependent on the platform.

All requirements and SDKs can be found through the Flutter installation guide. The guide will also provide links and access to the platform SDKs.

Flutter projects can be opened in any IDE suitable for web development. However, if you want to take advantage of additional plugins developed for Flutter, Visual Studio Code and IntelliJ (which includes Android Studio) can be used.