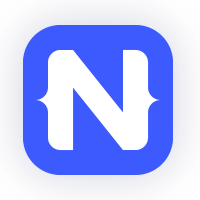 NativeScript allows the developer to create an app based on common web development tools and languages and convert it into native code using the NativeScript CLI. The compilation of the JavaScript code into native actually happens “Just In Time” (JIT) for the application to launch the function. This is in contrast to other hybrid and webview technologies.

All other hybrid technologies presented in this article will compile native code before the application is launched. Meanwhile the webviews of cause never compile their JavaScript code to Native, but instead creates a frame in which the web project can be launched.

The technology has actually been around for several years but has never seen the same adoption rate as many of the other technologies. Nevertheless, it still offers some attractive features.

As a hybrid technology, NativeScript automatically gains the cost advantage, when compared with native technologies, because only one code base will be necessary.

NativeScript also provides JavaScript APIs for the device hardware (camera, storage, GPS), which means that only one primary programming language will be necessary. Thereby assisting in keeping the cost of development low. This is in contrast to other hybrid technologies, such as Xamarin.

NativeScript is written in JavaScript, and allows for implementations of several popular frameworks (e.g. Angular and Vue) as well as TypeScript.

Beside the JavaScript parts of the NativeScript project, it also utilizes a common markup language like XML for the native Android manifest and the iOS info.plist files. Likewise, XML, with the addition of CSS, is also used for building the applications UI. This work similar to HTML for regular web development.

NativesScript can access any native API. This means both device-specific (e.g. GPS and camera), third-party libraries, and of cause also your own previously build native project code. This thereby makes it possible to combine a NativeScript project with a native project on a page-by-page basis.

NativeScript was originally developed and published by a company known by the name of Telerik.

At the end of 2014 it was acquired by Progress Software, which is currently still the owners and responsible of the maintenance of the source code.

NativeScript is open source. The repository can be found here.

This thereby also means that only one primary programming language (JavaScript) will be necessary, which has a positive effect on both the development cost and the necessary learning curve for adapting the developers programming skills.

Performance achieved by NativeScript, it comparable to Android and iOS since the final app will be written as native.

However, the startup time of a NativeScript application suffers greatly when compared to native applications. This might be because of the “Just In Time” compilation of the JavaScript code to native Android and iOS code. This is a major disadvantage of NativeScript, which the team behind is also aware of.

The plugin provides a great list of components, which thereby ensures design flexibility, while keeping all of the code on one common code base for both iOS and Android.

NativeScript supports hot reload, or as they like to call it: “Hot Module Replacement”. In contrast to live reloading, the hot module replacement ensures that the state of the application is persistent regardless of which change is made.

When installing the NativeScript CLI, it will ask you to install or update the native SDK’s. However, given that you cannot get an iOS SDK on windows, since you are not able to install Xcode, they have provided you with an alternative option.

Instead of you having to use processing power and memory storage to compile and store the NativeScript project on your local computer, NativeScript provides their own cloud IDE (Playground). This IDE provides QR-codes which can be read from both Android and iOS devices in order to load the application directly onto the device.

However, I (as a non-mac owner) would personally suggest that the majority of development was kept on my local computer and only pushed to the playground IDE when I had to test something on an iOS device.

With NativeScript it is possible to select your preferred web development IDE.

However, NativeScript recommends the Visual Code Studio IDE, since it provides specially designed extensions for NativeScript.

When you eventually want to deploy your application to a physical device, it might be necessary for you to download and install Android Studio or Xcode. However, using the online Playground IDE makes it possible for you to deploy without having to work in any of the native IDEs or download their SDKs.

The Playground IDE provides QR-codes which can be read from both Android and iOS devices in order to load the application directly onto the device. 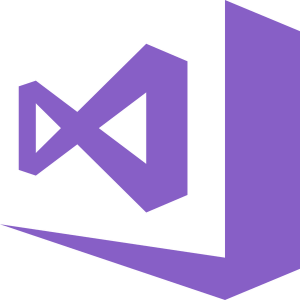